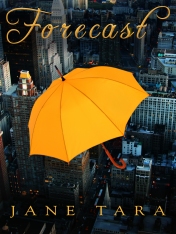 The Shakespeare women were what the locals of Greenwich Village called “gifted.” They did tarot readings and cast spells from their infamous shop Second Site. And each morning, Rowie would perform her popular weather prediction on the pavement outside.

Sure, Rowie’s predictions were helpful for forecasting the weather, but when it came to love, her abilities were more like a curse. Why bother dating a guy if you knew at the first kiss he was destined for someone else? And how would she ever meet anyone while she was stuck working at the family shop?

Rowie was resigned to never finding love. Until Drew Henderson, New York’s hottest weatherman is injured and the network decides to replace him with a gimmick—the Psychic Weatherwoman.

The very scientific Drew is furious. The witch might light up the TV screen. But how dare the network make a mockery of meteorology. Rowie’s overbearing grandmother Gwendolyn won’t talk to her. Sixteen generations of Shakespeare women have worked in the family business. How dare she make a mockery of her gift. 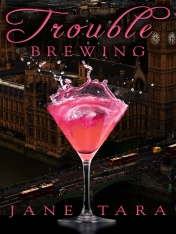 Calypso Shakespeare knows what the future has in store for her, and not just because she’s psychic. The “gifted” Shakespeare women have always had their one true love. Problem is, Calypso’s came and went and didn’t work out too well. She doesn’t need a crystal ball to see that she’ll never love again. Even her gift of mixing magical cocktails can’t help heal her own bruised heart.

Instead she concentrates on concocting potions that help other people find love. A dash of this, a pinch of that, a nip of liquor, muddle with flower petals and then part the veils and cast a spell. Calypso’s supernatural services are in demand everywhere. It’s the perfect life for a wanderer like Calypso.

Calypso drifts between bars in Paris and Vienna, and her own tiny Cauldron in the basement of her parents’ haunted London pub. She’s regularly on the road or at her Cornwall cottage harvesting herbs and checking her distillery. She’s never in one place for long. Certainly not long enough to date. Calypso’s future is clear: Cocktails and travel. And that’s just fine. 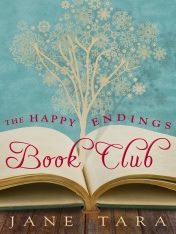 This Christmas, the women of the Happy Endings Book Club are about to uncover a world of love and magic as they discover how to have their own happy ending … or beginning, as they’re often the same thing.

Once a month, seven very different women come together to discuss books. They all love a happy ending, but have lost sight of how to get their own. Paige misses glimpsing the magic in the world. Sadie doesn’t see the beauty inside people. Amanda wonders what she ever saw in her ex husband. Tilda literally can’t see herself. Michi can’t bear looking at her family, while Clementine is blind to what’s right in front of her. And Eva looks for romance in all the wrong places.

But things are about to change …

Meet the women of the Happy Endings Book Club as they celebrate Christmas, and themselves, in London, Paris, Vienna, New York, Sydney … and in love. 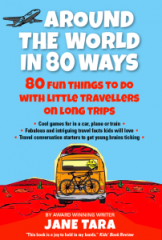 Also, if you have children, then you really need my travel activity book, Around the World in 80 Ways. Whether you’re travelling across town, or across the world, I promise this little boredom buster works. (All tried and tested on my own kids for years.) Buy on Amazon…

While we’re on the subject of entertaining kids while you travel… Check out The Bella & Burton Misadventures Series, about the globetrotting Feet twins and their eccentric family.

In 2014 there will be a number of new romance novels and a whole bunch of kids books released, including my teen travel romance, The Daisy Diaries. 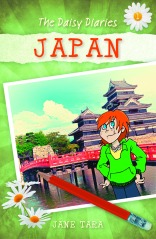 I look forward to sharing more stories with you, so please keep dropping by.

Finally, see the book cover below? If you see my novel with this cover … don’t buy it. That’s the old Dorchester version and I don’t get any royalties (I never did from them)… and to keep writing, I do need to get paid. Thanks for the support. xo

One thought on “Jane’s Books”

In love in Ljubljana ... We'd had a few schnapps! 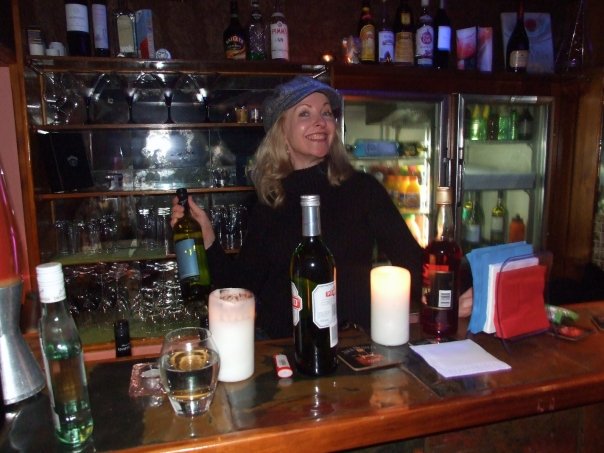 Join me on Goodreads